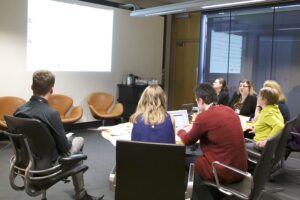 Louise Thomas (Conservative counsellor, Mumbles) has questioned the budget allocated per school pupil in Wales for 2022 and 2023.
When asked about the disparity between the costs, Louise stated: “I really don’t know, but I think its very unfair, and especially for Swansea, we seem to be worse off by quite a bit”

In regards to the disparity of spending per child, Ioan Richard stated the following:
“Sometimes it’s down to political decisions and budget cuttings. Sometimes it’s down to political priorities with other departments e.g. Social services or Highways – they differ by regional poverty and geography.
Sometimes it’s down to what is devolved from County Hall down to School Budget e.g. Legal Advice on Pupil issues of Music Instrument Teaching or Psychology service etc to schools or not.
It’s all very complicated without knowing the comparison figures and the REASONS.
My prejudiced instinct – right or wrong – is to blame Labour in Swansea and Cardiff and Conservative in Westminster. A difficult one to make any political capital out of unless it is extremely blatant.” 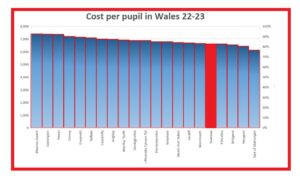 This is a stub article – further updates to follow.

Latest from all networked sites