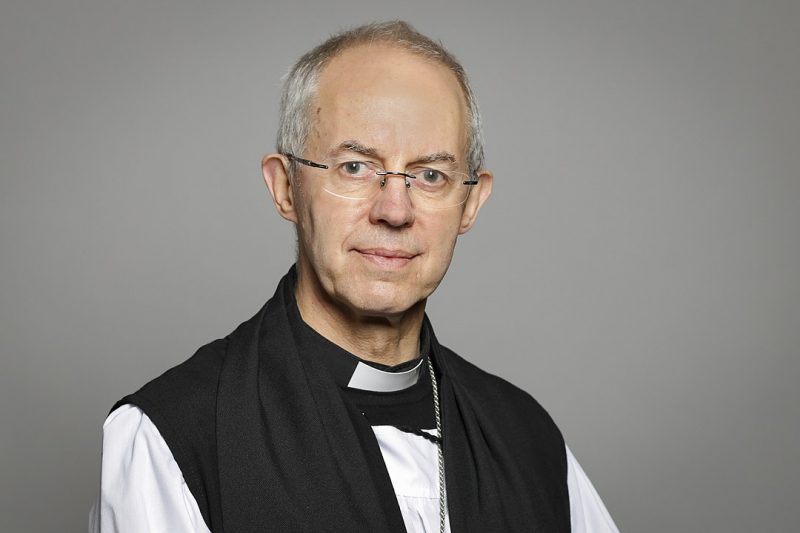 The Lord Archbishop of Canterbury, Justin Welby. Photo by Roger Harris. CC BY 3.0.

It’s clear enough—COVID-19 did not stop for Christmas. If anything, its presence and its potency both accelerated, with new, more persistent and infectious strains identified. On Christmas evening the number of cases rose by 522,664 to a total of 80,257,970, one of the highest daily increases since February. Deaths rose by 8,621 to a total of 1,757,249. This last number is greater than the combined war deaths of the USA, Britain, and France during World War II. In the most numerous of Christian nations, the USA, cases rose by 149,049, around 50 per cent of total American casualties throughout the whole of World War II.

Hunger and violence do not stop for Christmas. Most violent death since 1945 has centred in poor nations. This is, indeed, true of the Second World War (1937-45), as well. In those years, more people died of war casualties or associated starvations and ill-health in China and Russia than in the rest of the world put together—by far. If we take the entire 20th century, there were possibly as many as 180 million deaths by war across our world. But we cannot estimate the indirect war casualties, those that arose from starvation, exposure and infection. Nearly all such war and death crossed over Christmas without a qualm.

At Sunday Mass on December 27, the Archbishop of Canterbury, Justin Welby, the head of the Church of England, labelled this Christmas as “a Christmas like no other.” What could he have meant? Even in the greatest of cathedrals, Anglican Christians surely recognise that Christmas Day occurs across our globe, in regions of Christianity, in non-Christian cultures, and in those that get by without the aid of any recognised religion at all.

The visitation of COVID was all but universal, even the sparseness of Western Sahara has seen 10 cases and one death. But in poor nations, the visitation of human violence merely continued as usual. Among the many millions who constitute the poorest of the poor, often on the frontiers of huge tracts of land, or as the unseen denizens of the undergrounds and the invisible economies of huge cities, Christmas is always brutish. In many such places, COVID-19 travels by almost unnoticed.

Violence by national states against other states has focused on the poor nations of Asia, Africa, South America, and Eastern Europe. Since World War II notable bloody conflicts have begun just before and continued across Christmas in all variety of poor regions, often instigated or supported by Christian regimes, killing through firepower or starvation Christian, Jew, Muslim, Hindu and Buddhist peoples, the great majority as innocent as any of the adults of the original Christian nativity. We might name the 36-nation Gulf War of 1990-91, or Afghanistan from October 2001.

It is hardly surprising that most expert global analysts have long argued that starvation on our earth is not primarily a result of our inability to produce enough food to feed 7.5 billion people. It is a function of our unwillingness to distribute food to those in greatest need. This, in turn, is not due to the ill-will of any ordinary citizen of the USA, or of Europe, or of Australia, Japan, Canada, or Taiwan or China or even of any of the small, new rich nations of the Middle East.

It is, however, a result of the inept violence of political regimes in such nations, and of the insufficient power, humanity or compulsion of such international organisations as the United Nations. It is wars that stop flows of food and medicines, either as aid or in markets, and it is citizens of supposed democratic nations that continually allow this to happen. All the prayers of Christmas make no difference, for they have as much effect on warfare as on COVID-19. But whereas COVID-19 might now be stopped by the scientific willpower of modernity, the urge to war and destruction has not been hampered by Christian goodwill.

A long time ago Francis Galton (1822-1911), wrote a statistical comic masterpiece, an article entitled “On the Efficacy of Prayer.” It has never been surpassed. He argued that if it were indeed, true that there existed an imminent all-powerful Christian God who answered the prayers of His [sic] worshippers, then surely as they were then the most common recipients of such prayers, Royal families, all clergymen and members of charitable committees should be in receipt of prayerful well wishes and pleas for long life and happiness. Yet the analysis showed that royalty and clerics lived no longer than lawyers and slave traders, so how efficacious could prayer possibly be?

We now have an even better laboratory than Galton’s—The Global COVID Lab. And in it, the power of goodwill at Christmas is shown to be of little importance.

While we might for all sorts of reasons celebrate Christmas “as best we can” (the injunction of our politicians), do not let us fall into the Archbishop’s gambit—for our world and the faiths we have in it, this has not been a “Christmas like no other.” For many millions, it has been like all others that they have known—painful, often sordid, sometimes deadly.

So, for the Londoners who attended services at Christmas in a highly restricted manner, or for the many millions who celebrated virtual services and rituals, for all those who shared richly wrapped presents and reciprocated their sweetly illustrated Christmas cards, I might allow that this has been a “Christmas like no other.” But for many millions, Christmas has passed by pretty much the same as usual. Hunger, violence and COVID-19 did not stop.

Professor Ian Inkster is a global historian and political economist at SOAS University of London, who has taught and researched at universities in Britain, Australia, Taiwan and Japan. He is the author of 13 books on Asian and global dynamics with a particular focus on industrial and technological development, and the editor of History of Technology since 2000. Forthcoming books are Distraction Capitalism: The World Since 1971, and Invasive Technology and Indigenous Frontiers. Case Studies of Accelerated Change in History, with David Pretel. Follow him on Twitter at @inksterian