British people visiting Europe will soon have to apply and pay for an application allowing their travel. Previously as part of the European Union, British citizens had the right of freedom of movement and were able to live and work anywhere within the union.

The UK ended its ties with the EU on 31 December, 2020. Previous to this, a system known as EITAS was agreed upon. European Travel Information and Authorisation System (ETIAS)

It is possible that a British citizen may not be allowed in Europe if their EITAS application is not approved. It us understood that the application fee will be no more than 10 Euros.

EITAS states:  “ETIAS will be a largely automated IT system created to identify security, irregular migration or high epidemic risks posed by visa-exempt visitors travelling to the Schengen States, whilst at the same time facilitate crossing borders for the vast majority of travellers who do not pose such risks. Non-EU nationals who do not need a visa to travel to the Schengen area will have to apply for a travel authorisation through the ETIAS system prior to their trip”.

How long will my EITAS / application to travel in Europe take?

It is not yet known how long applications will take to process if not automated. It is expected that around 95% of applicants will be approved within a few minutes.
The application form should take around 10 minutes to complete and send.

Applications which are flagged as a potential risk will need to wait a few days to a maximum of four weeks before a decision is made.

Can I appeal if my application is unsuccessful?

Unsuccessful applications can be appealed. Advice is to additionally apply to the embassy of the country you want to visit.

What countries will I need an ETIAS visa waiver for?

What are the reasons an ETIAS visa waiver could be refused?

Reasons for an unsuccessful application could be a criminal record, security threat, health concerns. Additionally, if you have overstayed previously, this could be reason for not processing the EITAS waiver.

When will I need ETIAS visa waiver to travel in Europe?

It is not yet known when the ETIAS system will start. It is expected to be running no later than May 2023, however could be running toward the end of 2022. 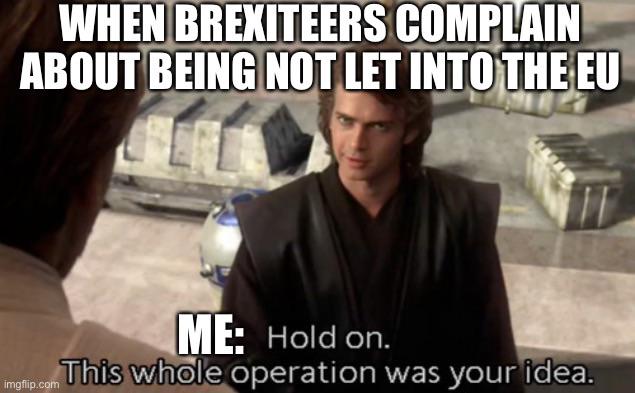 Brexit: When leavers moan about not being allowed into Europe

EU & GB: There are always consequences to your actions

Runs out of countries to frick over – turns to self

EU – Are you sure you want to delete 1gb?